Ayodeji Ibrahim Balogun, popularly known by his stage name Wizkid, is a world-known superstar. Wizkid is considered an afro-beat, reggae fusion, and Afropop performer being the first Nigerian musician with over one million followers on Twitter. He has multiple hits and collaborations from artists such as Beyonce in her song brown skin girl, as well as Drake in his song, come closer. He has other single hits from songs such as Holla at your boy, joro, among others. Wizkid started his musical career from the young age of eleven years.

Wizkid hails from Surulele, Lagos, where he formed a Christian group called the Glorious Five with his church friends. They later disbanded but not before having an album under their name. He then met a record producer named OJB Jezreel, who had other deals with acts such as 2 Face Idibia, Naeto C, and Sound Sultan.

He credits Naeto C as the few stars who mentored him, after which he got signed to Empire Mates Entertainment in 2009; a record label owned by Banky W. At this time, he worked on his craft and skill while associating with M.I, Naeto C and Banky W. 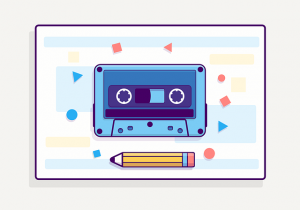 At the start of 2010, Wizkid commenced his debut album with his lead single Holla at your boy. The song got a lot of accolades and nominations, cementing his status as a rising star. His next songs were eagerly awaited, and in June the following year, Wizkid finished his album. He recorded the album in Yoruba and English. The star incorporated different elements such as reggae, dancehall, and afrobeats making collaborations with various artists.

Star boy launched a release party at the Expo Hall of Eko Hotel and Suites. The album won various awards in Nigeria. This album is considered as the start of a fruitful career that he has built over the years. He, however, did not stop there as Wizkid went on to produce other successful albums, even doing a tour in London.

In late 2019, Wizkid, through his label Starboy Entertainment produced an extended play featuring Chronnix. The EP was called Soundman Vol. 1.

At the beginning of 2015, Wizkid embarked on a music video that shed light on his struggles as he came up in the music industry. He named the song Ojuelegba which was remixed by Drake and Skepta premiering at Drake’s label, OVO Sound Radio.

He then produced a song with Chris Brown called African Bad Girl, which he considered the lead singer for his third album. The following year, Wizkid was featured in Drake’s song One Dance, which had an unbeaten run in various music charts. He is the first artist to feature in the Guinness World Records, 2018, for his feature in One Dance. Wizkid latest song  – click to find out more about his latest music drops.